The Man With Three Flags 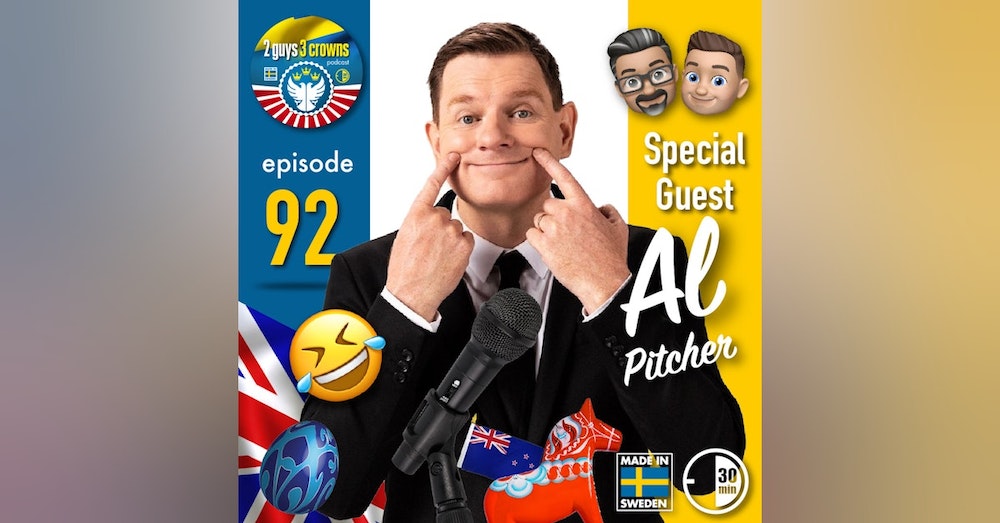 The guys are joined this week by comedian Al Pitcher. You might know him from one of his popular Netflix specials, a few SVT appearances or one of his many stand-up comedy stops around Stockholm and the UK. He talks a bit about how he ended up in Sweden, how it differs from his New Zealand upbringing and how his kids still don't approve of his Swedish language skills.

While his tour is currently postponed due to COVID-19 measures, you can still reserve tickets for October! 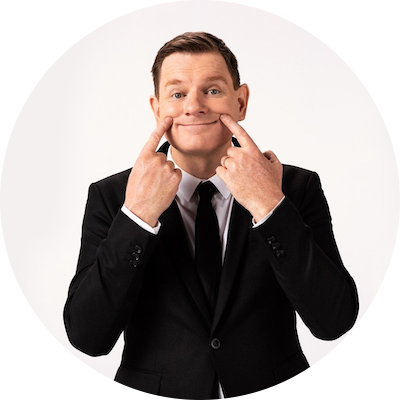 Al Pitcher was born in England but grew up in New Zealand, he started his standup career in London in 1999. The same year he went to the final in the So you think you’re Funny comedy competition and later in both the BBC New Act Competition and Daily Telegraph Open Mic Competition. Since then, he has performed at comedy festivals all around the world and has won several awards including Best Show 2009 at Leicester Comedy Festival ( UK) , Director’s Pick 2009 at the Newcastle Comedy Festival ( UK ) and the Peoples Choice Award 2009 at the Sydney Comedy festival in, Australia . He has performed twice at the illustrious invite only Just for Laughs Festival in Montreal , doing his own 1 hour show along with Eddie Izzard and Billy Connolly and others

In 2010, Al Pitcher moved to Sweden and has quickly made a name for himself in the Swedish standup scene. In 2011 he won ”Best male comedian” at Svenska Standup galan and the following year he went out to do the celebrated and sold out ”Fika tour”, which was quickly followed by another successful tour the ” Påtår” tour in 2013 and ”Nääämen it’s Al Pitcher tour throughout ”2014/2015.

Al Pitcher has also released the humor book “ Buried Elephants” (2012), He had a standing feature in the ”Settman Pa Plats ” TV programme and made ”Al Pitcher’s Guide to Sweden” in SVT’s talk show ”Robins”.

His SVT Special: Fy Fan Sweden was shown on SVT in January 2016. It has had over 1 million views during the year.

In Autumn 2017 Al premiered his latest standup tour show Sweden Syndrome. He took it all over his new homeland Sweden as well as abroad to New York, London, Copenhagen and Amsterdam – performing the show for full houses!
The show has given Al some of his best reviews of his career so far and it has been a complete sell out. The tour continued throughout 2018 and ended in december.

2019: SVT 1 broadcasted the show: Sverige Syndrome june 6, on Swedens National Day. Same day Al became a swede and got his membership! Watch it on SVT Play,