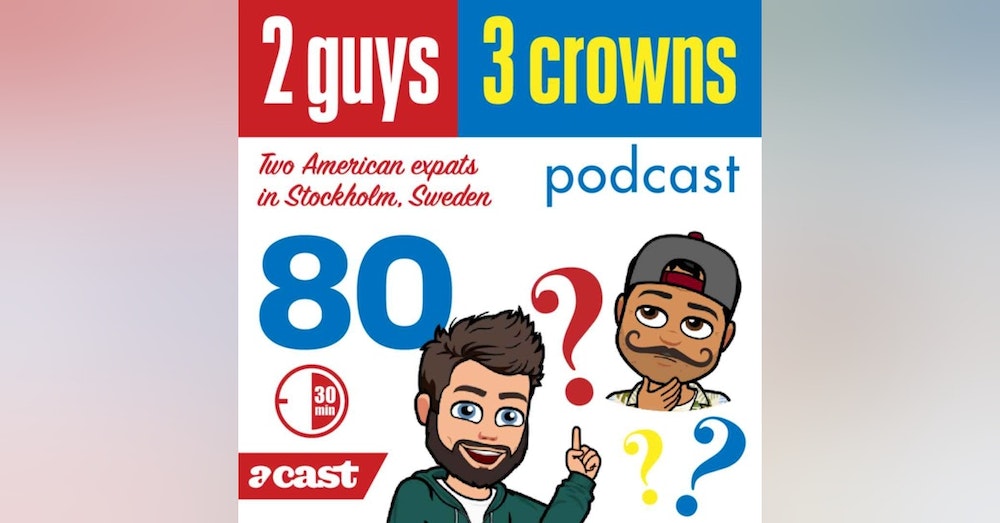 It's a special day for episode 80... we have a birthday in the house! Rodney recounts his birthday hijinks including battling a winter squall to get some bbq ribs. Then, Sean tries to figure out what he has been hearing in pre-school and on the street in another edition of Say What. Later, it's Rodney's turn in the hot seat for Quiz Time while Sean tries to stump him with sometimes controversial (sort of) questions.

As mentioned in the episode:

At Six rooftop bar SUS (Sthlm Under the Stars): Website